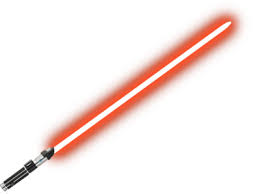 This 5th edition to the Lost Tribe of the Sith series takes places about 1000 years after Book 4: Savior.  So needless to say, none of the characters that we got to know in the first four books are active in this installment.  There is mention of Korsin and some of the other Sith from the original Omen crash, but obviously these characters are long dead by the time Purgatory starts.  And I must admit that this fact didn’t set well with me for the first chapter of this book because I felt like I was starting over again on a series that already seems sparse with many gaps throughout it.

However, around the second chapter, I began to change my mind about this installment.

I believe the author did a fantastic job of attracting the readers’ attention to Ori and Jelph, the two main characters in this installment.  I admit that I was hooked in the story about half-way through the second chapter, and I powered through the remaining two chapters pretty quickly.  Expect a cliff-hanger at the end of this book, more than the others, which I assume leads into Book 6: Sentinel.  If it goes as I expect that it will, this should wrap up a nice ending to this series of 6 books.  They will continue with books 7 and 8, sometime later this year, but the timeline is again skipped for those two newer installments, so this will likely be the last we see of Ori and Jelph.

Overall these books have been a good read, but I still think I would have rather seen 1 full novel rather than these 6 short stories.  However, I am glad that I took the time to read these!